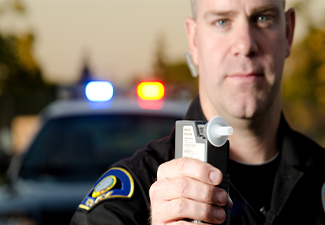 During Labor Day weekend of 2021, the California Highway Patrol reports that 978 drivers across the state were arrested for driving under the influence (DUI), resulting in 43 fatalities. Those 978 arrests occurred over a three-day weekend totaling 78 hours of extended enforcement, during which one arrest occurred every five minutes on average.

Many Californians harbor confusing and conflicting ideas about how the DUI arrest and conviction process works in California, including whether they can refuse a breath test, whether they can get their license back, and whether a DUI conviction will affect their legal rights going forward.

The DUI attorneys at Underwood Law Firm stand ready to answer your questions and represent you should you ever get pulled over for a DUI in or around Bakersfield, California, including nearby Lamont and everywhere else in Kern County.

When you obtain a driver’s license in California, you agree by “implied consent” to these tests, so refusing to take them will lead to driving privilege penalties. Refusal will result in your driver’s license being immediately suspended for one year, two if you have a prior DUI in the previous 10 years, and three if you have two or more prior DUIs. The suspensions are normally longer than what you would receive for a DUI conviction.

If I’ve been charged with a DUI, will I go to jail? There are both minimum and maximum jail times mandated under the law for a DUI in California. For an initial DUI arrest, you’re looking at a minimum of 48 hours in jail, along with a maximum of six months, but for a first-time offense with no aggravating circumstances, judges offer grant probation.

Probation can consist of DUI and sobriety training, community service, abstinence from alcohol consumption, and installation of an ignition interlock device (IID) on all your vehicles, which makes them impossible to operate if you have alcohol on your breath.

Second and subsequent DUIs, or DUIs with aggravating circumstances such as injuries to others, can raise both the minimum and maximum jail terms. A fourth DUI in 10 years can land you in the slammer for a minimum of 180 days and a maximum of three years.

Will I lose my license? How will I get to work? If you are 21 years or older and your blood alcohol concentration (BAC) is 0.08 percent or higher when tested, the DMV will revoke your driver’s license for four months, but it won’t take effect for 30 days. When the officer confiscates your license, he or she will issue you an Order of Suspension and Temporary License (good for those 30 days).

You then have 10 days after receiving the Order of Suspension to request a hearing with the DMV. If you are found not guilty or have the charges dropped before your hearing is held, your license should be restored. If not, you have two options: install an IID for four months and be allowed to drive anywhere anytime you wish or attend a DUI education program and receive a restricted permit to drive solely to and from work and your DUI program.

If you are under 21 or the DUI is your second or subsequent offense in the past 10 years, the suspension will be for one year.

Do I have to go to trial if charged with a DUI? That depends. In some cases, your DUI defense attorney can convince either the prosecutors or the judge that there isn’t a strong enough case, and the charge or case itself may be dropped or dismissed. In other instances, a plea to a lesser charge, such as a wet reckless, may be negotiated. A wet reckless charge, penalty-wise, falls somewhere between a reckless driving charge and a DUI.

If you go to trial to seek acquittal, your attorney will likely challenge the test results and their legality or accuracy. Perhaps your rights were violated when originally arrested, or the breathalyzer itself was not calibrated, or the officers didn’t follow proper procedures. A blood test result can be challenged on the grounds the sample was tainted during handling. If test results are thrown out, then it’s the testimony of the arresting officer or officers that would need to be challenged.

Do I need an attorney for a first-time offense? Facing a DUI charge is not something you want to do alone. You may think, “Okay, it’s just a slap on the hands, and I can continue to drive with an IID installed.” Maybe so, but you will also have a criminal record that will stay with you for the next 10 years, complicating your job searches, professional licensing, and even access to public assistance programs.

Practically speaking, don’t even talk to police or prosecutors until you’ve obtained legal counsel. As the saying goes, “Anything you say can and will be used against you.” They mean it when they tell you that, so keep quiet until you have an attorney on your side. Having an attorney experienced in DUI proceedings can greatly improve your chances of obtaining a more favorable result.

At Underwood Law Firm, we are experienced in helping those accused of driving under the influence exercise their rights and fight to lessen their penalties or even get the charges reduced or dropped altogether.

If you’re facing a DUI charge in or around Bakersfield, Lamont, or anywhere in Kern County, contact us immediately at Underwood Law Firm. Get us involved in your defense from the moment you’re hauled in.