The Underwood Law Firm is a TEAMSTERS affiliated law firm.

DUI with Child in the Car 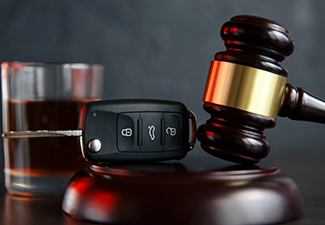 An arrest for driving under the influence (DUI) in California can entail serious consequences. However, getting arrested for DUI with a child in your car may lead to even more serious penalties. Indeed, the safety and best interests of children are the legal system’s highest priority. That is why the state of California has a number of statutes that protect children. One of them is punishing those who drive while impaired by alcohol or drugs with child passengers. Driving while under the influence with children in the vehicle can be considered child endangerment.

As a parent, you might wonder if Child Protective Services (CPS) will get involved after you are arrested for DUI with children in your vehicle. If you are worried about the potential consequences of committing a DUI with children in your car, contact a skilled defense attorney. At Underwood Law Firm, our criminal defense attorneys in Bakersfield, California, understand the serious nature of child endangerment accusations in DUI cases.

Will CPS Get Involved if I Get A
DUI with My Child in the Car?

If you are arrested for driving under the influence with a child in your car, you will be facing DUI charges in addition to a separate “child endangerment” charge. Alternatively, you may face a DUI sentence enhancement. In addition, the fact that you were arrested with a minor in your vehicle will be reported to CPS.

Once CPS learns about the arrest, it will perform its own investigation. The agency has the authority to take away your child when it concludes the investigation and finds that removing the child from your custody is necessary to protect them from the risk of harm, abuse, or neglect.

Depending on the circumstances surrounding the DUI arrest, CPS may be called to the scene of the arrest. When a CPS worker arrives at the scene of your arrest, they have the authority to take your child into their emergency custody if you are taken to police custody.

What Is Child Endangerment
Under California Law?

You could face these charges even if the child was not physically injured as a result of your actions. In California, individuals may face child endangerment charges if they place their children in a potentially dangerous situation in which the child might get harmed.

In general, DUI penalties in California include hefty fines, probation, license suspension, and jail time. The severity of punishment depends on the circumstances of the offense and the number of prior DUIs on the defendant’s record. When a child is not physically harmed, penalties for child endangerment include probation, fines, and additional jail time.

In many DUI cases involving children in the vehicle, prosecutors add a sentence enhancement to the underlying DUI charge. In California, DUI charges may be enhanced when the following factors are present:

The possible consequences of having children in your car during a DUI stop can be quite significant. Because you might face criminal penalties for both a DUI and child endangerment, it’s important to get legal counsel from a skilled attorney to defend your rights in your DUI or child endangerment case. Your future—and your child’s future—is too important to leave to chance.

Get Skilled Legal Representation
to Defend Your Rights

When your child’s future is at stake, it is essential to speak with an experienced attorney. A DUI or child endangerment conviction as a result of driving while impaired with children in your vehicle can result in significant criminal penalties and other negative consequences.

If you are facing criminal charges for a DUI with children in your vehicle, get legal counsel as soon as you can. At Underwood Law Firm, we are committed to protecting the rights of our clients. With an office in Bakersfield, California, we represent clients throughout Kern County and the rest of the state. Get a case evaluation today to discuss your defense options.

I Missed My Court Date. What Should I Do? DUI with Child in the Car Understanding the Point System for Traffic Violations in California DUI Diversion Programs: Do You Qualify?